While training for the 1996 Olympic games in the sport of sailing, Peter Hurley met a designer for DKNY who sent him down a whirlwind path that landed him with a camera in his hands. He first found himself in front of the lens modeling for the likes of Ralph Lauren and Abercrombie & Fitch. During this time, his friend and mentor, Bruce Weber, encouraged him to pick up a camera. Within six months Peter booked his first commercial work photographing shoes for Reebok. Due to his experience, technique, and engaging personality, Peter has developed a particular forte of bringing out the best in his subjects.

END_OF_DOCUMENT_TOKEN_TO_BE_REPLACED

He has focused his attention on perfecting the art of the headshot and recently began sharing this unique craft. His techniques have been featured in The New York Times and millions have enjoyed his self-produced YouTube series explaining how to look more photogenic while having your picture taken. He has spoken on the subject with Fortune 500 companies such as Google, Microsoft, and Apple. Peter is most proud of the portraits he photographed for the New York exhibition of “The Vilcek Foundation Celebrates LOST” where he traveled to Hawaii to shoot the cast and crew as they wrapped up their final season. Peter currently resides in Manhattan with his lovely wife and beautiful twin daughters. 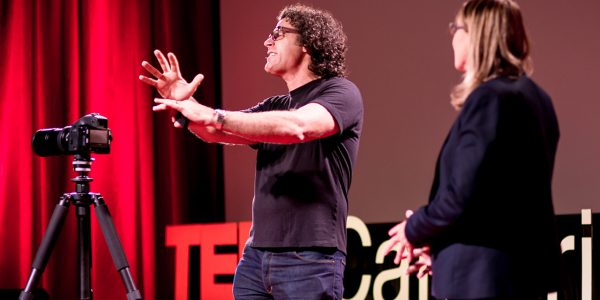 Bridging The Self-Acceptance Gap With “Psyphotology”