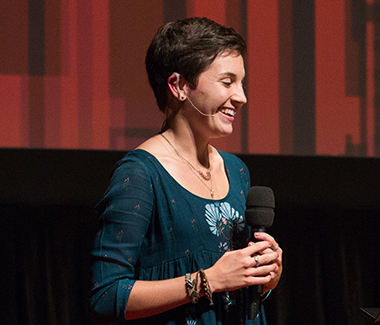 Kayla Montgomery was an avid soccer player as a child, but at the age of fifteen was diagnosed with Multiple Sclerosis, commonly called MS. In spite of the condition, Kayla continued to run competitively for her high school’s cross country team. Initially she was an average runner that showed little promise, but with perseverance and dedication, Montgomery was able to become one of the best distance runners in North Carolina state history, winning three state titles and the 2013 North Carolina Gatorade runner of the year following an undefeated cross country season during her senior year.

END_OF_DOCUMENT_TOKEN_TO_BE_REPLACED

Not only did Montgomery become a successful runner, but she accomplished all of these things while daily battling symptoms from MS. Montgomery currently runs at the NCAA Division One level for Lipscomb University in Nashville, Tennessee. As a member of the university’s cross country team, she helped them win their fourth consecutive cross country conference title and was named to the Atlantic Sun conference All-Freshman team, as well as Atlantic Sun conference Second Team All-Conference.

Kayla Montgomery’s success as an athlete battling Multiple Sclerosis has gained her national attention allowing her to build a platform to help raise awareness for MS. She has been featured on the Today Show, the New York Times, and ESPN E:60 among others.

Multiple Sclerosis Made Me A Better Runner